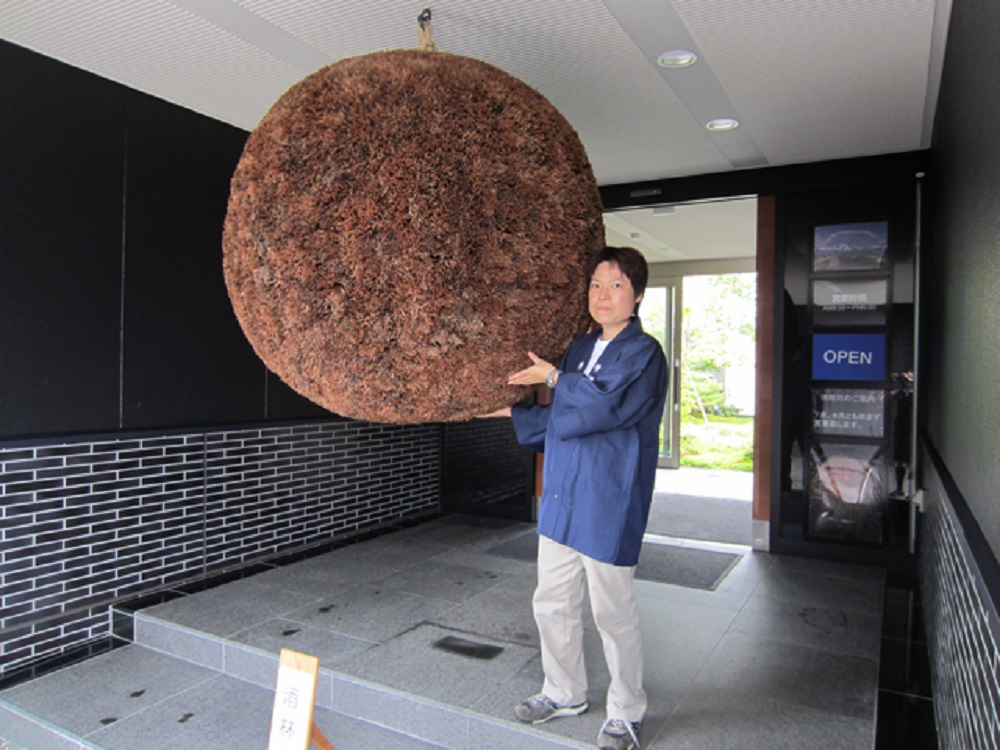 I have ever seen such an amazing cedar ball!
JP EN

At the time our brewery was founded in the late Edo period (1814), Kashiwazaki was flourishing as a Shukuba (station town) on the Hokkoku Kaido expressway and also as a maritime town by the Sengoku ships. Because of this, the elegance and refinement of the city’s culture was infused into this place and the unique culture bloomed. With the nature’s blessings and the rich culture of the area, the taste of our sake has been inevitably refined. Kashiwazaki’s nature, humanity, and culture are all brewed in the barrels of sake produced here. In the 200 yeas since the city’s creation, we have slowly been improving the flavor of our sake, and we have never stopped brewing this sake that people have loved for a long time.


In 1972, when Japan was normalizing its diplomatic relations with China, our sake “Koshi no Homare: Morohaku” whose quality was spoken highly of by the then Prime Minister, Kakuei Tanaka, was chosen as a toast of the memorial dinner party in Beijing. Koshino Homare served as a representative of the national liquor of Japan.

Our head brewer, Yasuo Hirano, inherited the history and the making of this sake and continues to brew this historic drink. As an Echigo brewer, Hirano received the title of “Niigata’s Craftsmen” in 2006 from the Governor of Niigata Prefecture and also won a gold medal in the National New Sake Review Assembly in 2007 and 2009 for his excellent brewing skills. His techniques are instrumental in controlling and improving the quality of our sake.


And the event that we can’t forget when introducing our company is the Chuetsu Offshore Earthquake that occurred on July 16, 2007. As a result of the earthquake, major damage occurred leaving over 70% of the company’s buildings collapsed. Five cellars were completely destroyed—the walls fell off, the pillars broke, the tiled roof caved in, and around 200 of the 300 sake tanks were buried under the roof. The very next day, the removal of 10,000 bottles of sake started, and the liquor storage tank was rescued from the debris. In the middle of August, the bottling line was started up again, in September the first bottles of sake were ready, and in October they were shipped out. The outcome of the earthquake was not pretty, but everything was able to return back to normal two and a half months later.


After that, an entirely new building was completed, and our direct sales shop opened, which continues its operation now. We are a sake brewery that has overcome great hardship, without fear of great disasters such as the Kashiwazaki Great Fire in 1911, the Chuetsu Earthquake in 2004, and the Chuetsu Offshore Earthquake in 2007.

[Direct Sales Shop, Shusaikan]
I have ever seen such an amazing cedar ball! In the front in the Shusaikan, a symbol of sake making, the largest 1.3-meter cedar ball welcomes you inside. It is a perfect place to take a picture. Aside from “Gin no Tsubasa,” which is only for sale in the Kashiwazaki Kariwa region, this official Koshino Homare shop carries all Koshino Homare products (over 60 items), including the rare sake and sake lees.

In the tasting space, you can try limited liquor and seasonal alcohol on the spot, so you can shop and try your favorite liquor at the same time.


APP of JapanTrips
Save information with APP and enjoy Japan more.